Sitting on the balcony of one of the many restaurants overlooking Marrakech’s world famous Jemaa el-Fnaa square, it feels like I have been transported into a different world. Somewhere down there a man is persistently playing a Berber flute while a cobra dutifully dances to the tune. Dozens of fruit juice carts are parked to the left of the square, their owners shouting at passerbys in an attempt to outsell the stall next to it.

The smell of mint tea and spiced tagine (Moroccan stew) hangs in the restaurant as I watch various scenes play out in the square below. Enthusiastic tourists are taking selfies, vendors are selling Moroccan curios ranging from the clichéd to the very beautiful and unique. There’s a monkey dancing for a crowd. It breaks my heart a little. It’s late September and the usually extremely busy square is more quiet today as the city takes a rest from its daily hustle and bustle to celebrate Eid. You can feel the festive atmosphere all around you.

Visiting Morocco has always been on our list. Ideally we’d have been able to drive there with Big Boy in 2012, but we ran out of funds and had to “settle” for having made it to Egypt. So when we planned our second travel adventure (outside of the borders of South Africa) for 2015, it had to be Morocco.

The Kingdom of Morocco is known for a couple of things. Mosaics, its Arabian, Berber and European influences, mint tea, magnificent doors, Moroccan leather and delicious tagine. With both Atlantic and Mediterranean coastlines, the Atlas Mountains running down the country from the northeast to the southwest like a spine, and its rich cultural and historical background, Morocco is a traveller’s paradise. It offers something for everyone and every kind of budget. To top it off, Marrakech was voted the number one world destination by TripAdvisor this year.

But there’s so much more to Morocco than just Marrakech, mint tea and doors. Travelling through this country is like travelling through three different countries. From it’s gorgeous Riad Hotels, with their traditional interior courtyards and rooftop terraces, hidden in bustling age-old medinas (walled cities), to the silence of a Berber style camp in the mighty Sahara Desert – the biggest dry desert on earth –Morocco is diverse and unique.

If you’re driving from Casablanca, the biggest city in Morocco, to the Sahara Desert, the landscape changes from coastal city to forest and mountain as you cross the Middle Atlas before you pass Tafilalt, one of the biggest oases in the world.It stretches along the road for kilometres like a green carpet in this dry landscape and finally you enter the desert. Here you can stay at one of numerous kasbahs (a fortress hotel) with a view of the desert while you cool off in infinity pools. A popular attraction is to spend a night or two in a Berber-style tent after a camel trek from Merzouga into the desert’s Erg Chebbi dunes – a sea of Sahara dunes stretched out in front of you like a sandy ocean.

As the sun sets and your tagine cooks in the make-shift kitchen, the silence of the desert consumes your thoughts. It’s an experience not to be missed. Moroccan roads are good in general and driving is easy.

Traffic officers don’t bother or hassle tourists as is customary in many other African countries. If you’re not flying or on a package tour, rent a car and take the road between Merzouga and Marrakech. Be sure to detour a little once you reach the High Atlas Mountains to see the Dades Valley – not to be confused with Tizi-n-Test which is on the main road crossing the High Atlas. Zigzagging through the dry landscape with the mountains towering above you and green oasis in the valley, the road takes you through the most charming villages built along the rock face of the mountains.

For coastal lovers there are a number of quaint coastal towns to visit along the Atlantic coast like Essaouira and Asilah and countless resorts along the Mediterranean coast. Or, you can visit any of the numerous mosques, museums, tombs or Roman ruins in Marrakech, Casablanca, Rabat and Fes, most of which are extremely cheap to see.

But probably one of the best hidden gems in Morocco must be the small village of Chefchaouen. Beautifully positioned in the Rif Mountains, just inland from Tangier, it is known as Morocco’s “Blue City”. The little town captivates visitors with buildings, houses and doors in various shades of blue, as it beams against the backdrop of the surrounding mountains.

Here you can get lost in all the blue alleyways of the medina, walk to the Spanish mosque on the hill overlooking the town to watch the sunset reflect on the blue buildings below, or go for a hike in the surrounding mountains. For a magical experience unlike any other in Africa, Morocco should be on everyone’s bucket list.

Mint tea in the Sahara desert. 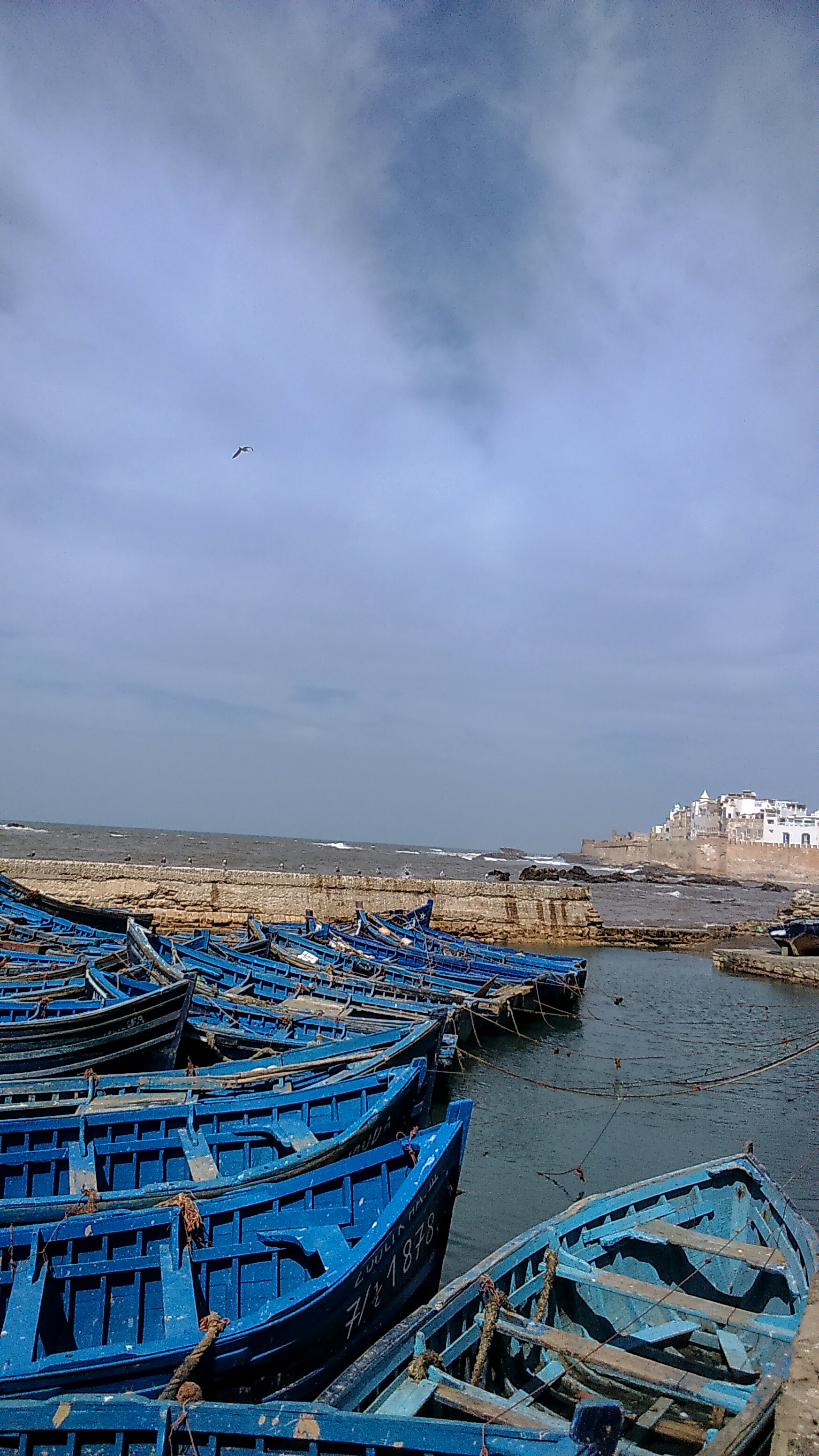 Essaouira. The seafood was quite crap but it made for a really fun day. 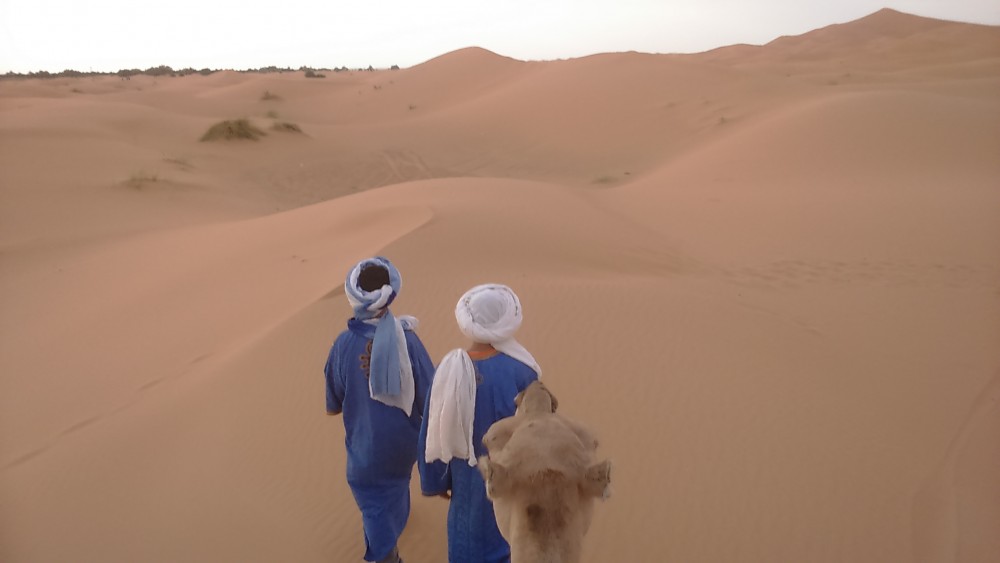 Don’t miss the opportunity to take a camel trek into the desert. Book well though, you need to go with a good group of people.